The Lion and the Fox 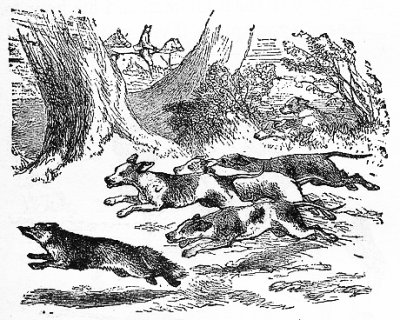 A FOX entered into partnership with a Lion, on the pretense of becoming his servant. Each undertook his proper duty in accordance with his own nature and powers. The Fox discovered and pointed out the prey, the Lion sprang on it and seized it. The Fox soon became jealous of the Lion carrying off the Lion's share, and said that he would no longer find out the prey, but would capture it on his own account. The next day he attempted to snatch a lamb from the fold, but himself fell prey to the huntsman and his hounds.

Moral:
Keep to your place, if you would succeed.