The Fox and the Turkeys 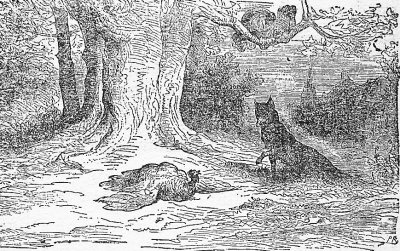 A FOX spied some turkeys roosting in a tree. He managed to attract their attention and then ran about the tree, pretended to climb, walked on his hind legs, and did all sorts of tricks. Filled with fear, the Turkeys watched every one of his movements until they became dizzy, and, one by one fell from their safe perch.

Moral:
By too much attention to danger, we may fall victims to it.