The Leopard and the Fox 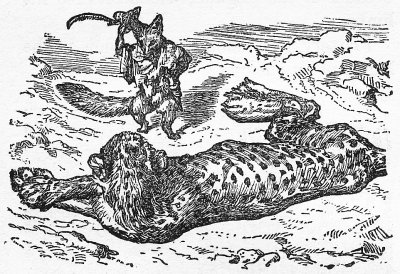 A LEOPARD, being no longer able, by reason of old age, to pursue his prey, feigned illness, and gave out that he would confer great favors upon any animal that would cure him. A cunning fox heard of the proclamation, and lost no time in visiting the Leopard, first making himself look as much like a physician as he could. On seeing him, the Leopard declared that such a distinguished looking animal could not fail to cure him. This so flattered the Fox that he came near, and at once fell victim to his vanity, being unable to flee because of the disguise, which fettered his limbs.

Moral:
Flattery is a dangerous weapon in the hands of the enemy.