The Ass in the Lion's Skin 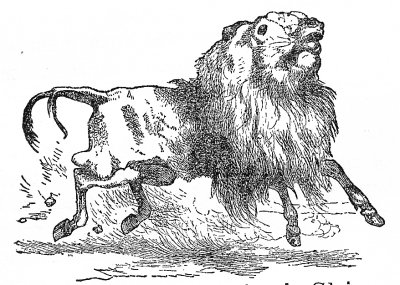 AN ASS, having put on the Lion's skin, roamed about in the forest and amused himself by frightening all the foolish animals he met in his wanderings. At last, meeting a Fox, he tried to frighten him also, but the Fox no sooner heard the sound of his voice, than he exclaimed: I might possibly have been frightened myself, if I had not heard your bray.