The Mouse and the Boasting Rat 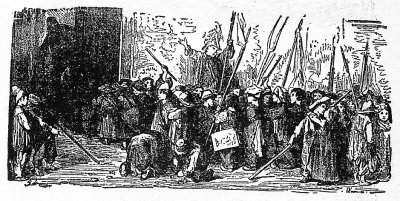 A MOUSE lived in a granary which became, after a while, the frequent resort of a cat. The mouse was in great fear and did not know what to do. In her strait, she bethought herself of a rat who lived not far away, and who had said in her hearing a hundred times that he was not afraid of any cat living. She resolved to visit the bold rat and ask him to drive the cat away.

She found the rat in his hole and relating her story, besought his help. Pooh! said the rat, You should be bold as I am; go strait about your affairs, and do not mind the cat. I will soon follow you and drive him away.

He thought, now, he must do something to make good his boast. So he collected all the rats in the neighborhood, resolved to frighten the cat by numbers. But when they all came to the granary, they found the cat had already caught the foolish mouse, and a single growl from him sent them all scampering to their holes.

Moral:
Do not rely on a boaster.