The Mouse, the Frog, and the Hawk 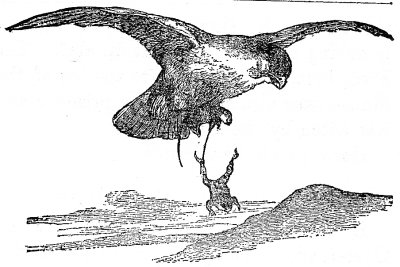 A MOUSE, by an unlucky chance, formed an intimate acquaintance with a Frog. The Frog one day, intent on mischief, bound the foot of the Mouse tightly to his own. Thus joined together, the Frog led his friend to the pool in which he lived, until he reached the very brink, when suddenly jumping in, he dragged the Mouse in with him.

The Frog enjoyed the water amazingly, and swam croaking about, as if he had done a meritorious action. The unhappy Mouse was soon suffocated with the water, and his dead body floated about on the surface, tied to the foot of the Frog.

A Hawk observed it, and, pouncing upon it, carried it aloft. The Frog, being still fastened to the leg of the Mouse, was also carried off a prisoner, and was eaten by the Hawk.