The Mouse and the Weasel 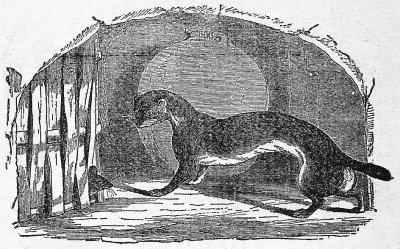 A LITTLE STARVING MOUSE had made his way with some difficulty into a basket of corn, where, finding the entertainment so good, he stuffed and crammed himself to such an extent, that when he would have got out again he found the hole was too small to allow his puffed up body to pass. As he sat at the hole groaning over his fate, a Weasel, who was brought to the spot by his cries, thus addressed him: Stop there, my friend, and fast till you are thin: for you will never come out till you reduce yourself to the same condition as when you entered.