The Cat, the Weasel, and the Rabbit 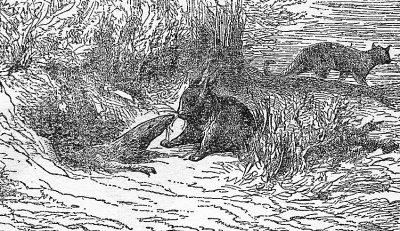 WHILE A RABBIT was absent from his hole one day, a Weasel took possession of it. On the Rabbit's return, seeing the Weasel's nose sticking out, he said: You must leave this hole immediately. There is only room for one, and it has always belonged to me and my fathers before me. The more reason that you should give it up now, said the Weasel, and leave it's possession to me. As they could not settle the dispute, they agreed to leave the question of ownership to a wise old Cat, to whom they went without much ado. I am deaf, said the Cat. Put your noses close to my ears. No sooner had they done so, than she clapped a paw upon each of them, and killed them both. 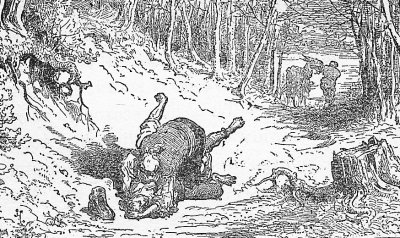 Moral:
The strong are apt to settle all questions by the rule of might.