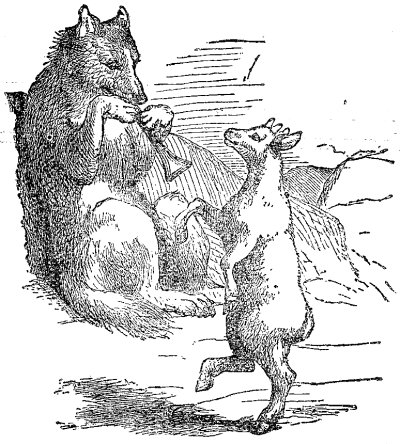 A KID, returning without protection from the pasture, was pursued by a Wolf. He turned round, and said to the wolf: I know, friend wolf, that I must be your prey; but before I die, I would ask of you one favor, that you will play me a tune, to which I may dance. The Wolf complied, and while he was piping, and the Kid was dancing, the hounds, hearing the sound, came up and gave chase to the Wolf. The wolf, turning to the kid, said: It is just what I deserve; for I, who am only a butcher, should not have turned piper to please you.

Moral:
Every one should keep his own colors.