The Blind Man and the Whelp 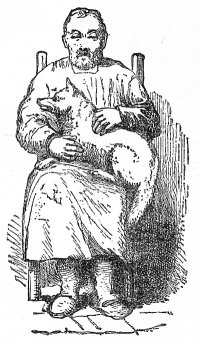 A BLIND MAN was accustomed to distinguish different animals by touching them with his hands. The whelp of a wolf was brought him, with a request that he would feel it, and say what it was. He felt it, and being in doubt, said: I do not quite know whether it is the cub of a Fox, or the whelp of a Wolf, but this I know full well, that it would not be safe to admit him to the sheepfold.