The Geese and the Cranes 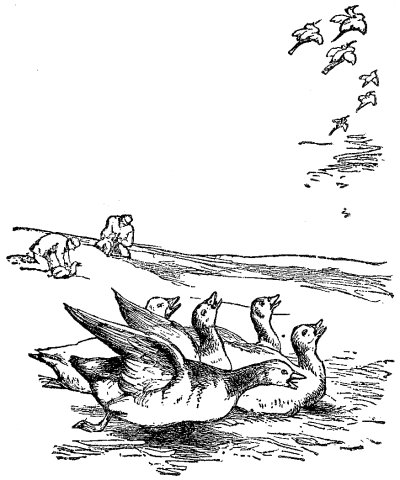 THE GEESE and the cranes fed in the same meadow. A bird-catcher came to ensnare them in his nets. The Cranes, being light of wing, fled away at his approach; while the Geese, being slower of flight and heavier in their bodies, were captured.

Moral:
Those who are caught are not always the most guilty.