The Ass Carrying the Image 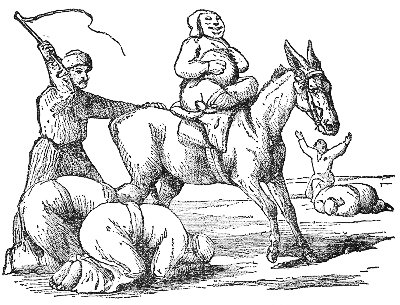 AN ASS once carried through the streets of the city a famous wooden Image, to be placed in one of its Temples. The crowd as he passed along made lowly prostration before the Image. The Ass, thinking that they bowed their heads in token of respect for him, bristled up with pride gave himself airs, and refused to move another step. The driver, seeing him thus stop, laid his whip lustily about his shoulders and said: O you perverse dull-head! It is not yet come to this, that men pay worship to an Ass.

Moral:
They are not wise who take to themselves the credit due to others.