The Laborer and the Snake 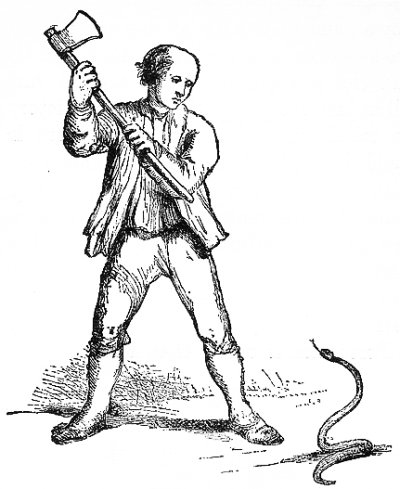 A SNAKE, having made his hole close to the porch of a cottage, inflicted a severe bite on the cottager's infant son, of which he died, to the great grief of his parents. The father resolved to kill the snake, and the next day, on its coming out of its hole for food, took up his axe; but, making too much haste to hit him as he wriggled away, missed his head, and cut off only the end of his tail.

After some time, the Cottager, afraid lest the snake should bite him also, endeavored to make peace, and placed some bread and salt in the hole. The Snake said: There can henceforth be no peace between us; for whenever I see you I shall remember the loss of my tail, and whenever you see me you will be thinking of the death of your son.

Moral:
It is hard to forget injuries in the presence of him who caused the injury.

The Laborer and the Snake - Aesop
Link To This Page