The Eagle and the Arrow 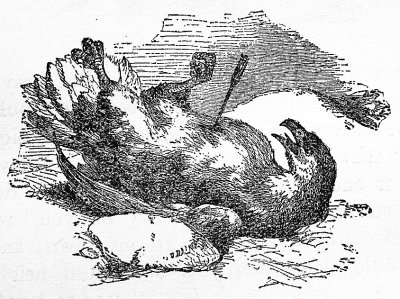 AN EAGLE sat on a lofty rock, watching the movements of a Hare, whom he sought to make his prey. An archer, who saw him from a place of concealment, took an accurate aim, and wounded him mortally. The Eagle gave one look at the arrow that had entered his heart, and saw in that single glance that its feathers had been furnished by himself. It is a double grief to me, he exclaimed, that I should perish by an arrow feathered from my own wings.

Moral:
The misfortunes arising from a man's own misconduct are the hardest to bear.