The Horse and the Loaded Ass 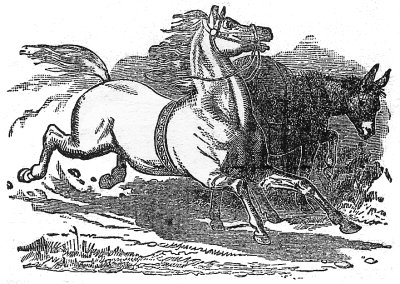 AN IDLE HORSE, and an Ass laboring under a heavy burden, were traveling the road together. The Ass, ready to faint under his heavy load, entreated the Horse to assist him, and lighten his burden, by taking some of it upon his back. The Horse was ill-natured and refused to do it; upon which the poor Ass tumbled down in the midst of the highway, and expired. The countryman then took the whole burden, and laid it upon the Horse, together with the skin of the dead Ass. 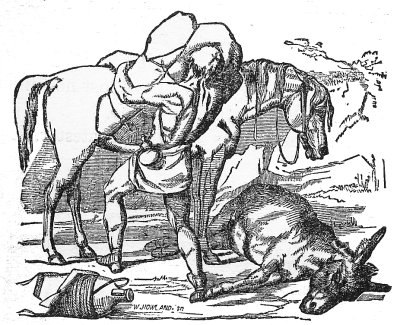 Moral:
Laziness often prepares a burden for its own back.