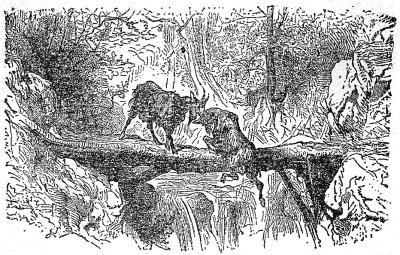 TWO GOATS started at the same moment, from opposite ends, to cross a rude bridge that was only wide enough for one to cross at a time. Meeting at the middle of the bridge, neither would give way to the other. They locked horns and fought for the right of way, until they both fell into the torrent below and were drowned.