The Stag in the Ox-Stall 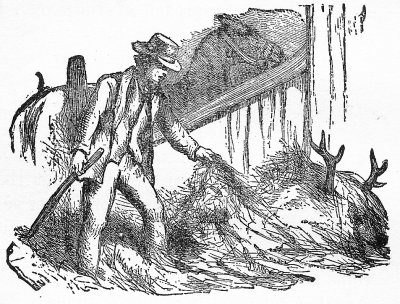 A STAG, hardly pressed by the hounds, and blind through fear to the danger he was running into, took shelter in a farmyard, and hid himself in a shed among the oxen. An Ox gave him this kindly warning: O unhappy creature! Why should you thus, of your own accord, incur destruction, and trust yourself in the house of your enemy? The Stag replied: Do you only suffer me, friend, to stay where I am, and I will undertake to find some favorable opportunity of effecting my escape.

At the approach of the evening the herdsman came to feed his cattle, but did not see the Stag. The Stag, congratulating himself on his safety, began to express his sincere thanks to the Oxen who had kindly afforded him help in the hour of need. One of them again answered him: We indeed wish you well, but the danger is not over. There is one other yet to pass through the shed, who has as it were a hundred eyes, and, until he has come and gone, your life is still in peril.

At that moment the master himself entered, and having had to complain that his oxen had not been properly fed, he went up to their racks and cried out: Why is there such a scarcity of fodder? There is not half enough straw for them to lie on. Those lazy fellows have not even swept the cobwebs away. While he thus examined everything, he spied the antlers of the Stag peeping out of the straw. Summoning his laborers, he ordered that the Stag should be killed.