The Hen and the Golden Eggs 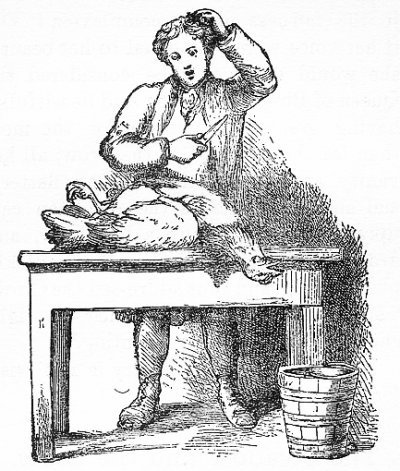 A COTTAGER and his wife had a Hen which laid every day a golden egg. They supposed that it must contain a great lump of gold in its inside, and killed it in order that they might get it, when, to their surprise, they found that the hen differed in no respect from their other hens. The foolish pair, thus hoping to become rich all at once, deprived themselves of the gain of which they were day by day assured.

The Father and His Two DaughtersThe Madman Who Sold WisdomThe Mouse, the Frog, and the HawkThe Shepherd and the SeaThe Ass and His PurchaserThe Dogs and the HidesThe Cock and the FoxThe Hare and the TortoiseThe Dog in the MangerThe Bowman and the LionThe Mice in CouncilThe Eagle And The BeetleThe Boy and the FilbertsThe Bulls and the FrogsThe Gnat and the LionThe Dog And His Master's DinnerThe Bald KnightThe Widow and the SheepThe Thirsty PigeonThe Eagle and the Jackdaw