The Eagle and the Jackdaw 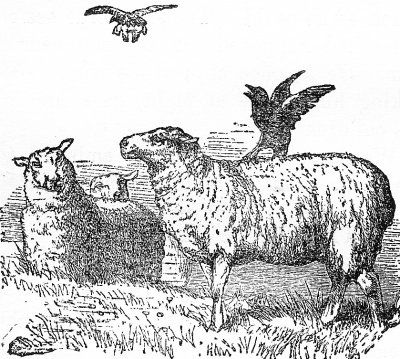 AN EAGLE, flying down from his eyrie on a lofty rock, seized upon a lamb, and carried him aloft in his talons. A Jackdaw, who witnessed the capture of the lamb, was stirred with envy, and determined to emulate the strength and flight of the Eagle. He flew around with a great whirr of his wings, and settled upon a large sheep, with the intention of carrying it off, but his claws becoming entangled in its fleece, he was unable to release himself, although he fluttered with his feathers as much as he could. The shepherd, seeing what had happened, ran up and caught him. He at once clipped his wings, and, taking him home at night, gave him to his children.

Moral:
We should not permit our ambition to lead us beyond the limits of our power.