The Partridge and the Fowler 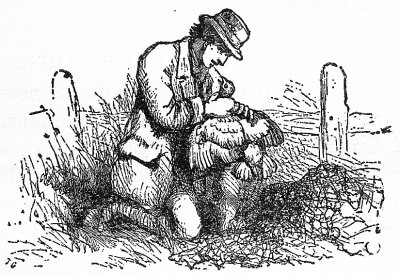 A FOWLER caught a Partridge, and was about to kill him. The Partridge earnestly besought him to spare his life, saying: Pray, master, permit me to live, and I will entice many Partridges to you in recompense for your mercy to me. The Fowler replied: I shall now with less scruple take your life, because you are willing to save it at the cost of betraying your friends and relations; and without much ado he twisted his neck and put him in his bag with his other game.

Moral:
Those who would sacrifice their friends to save themselves are not entitled to mercy.

The Great and the Little FishesThe Dog Whose Ears Were CroppedThe Buffoon and the CountrymanThe One-Eyed DoeThe Ass Carrying the ImageThe Cock and the JewelThe Stag at the PoolThe Mountain in LaborThe Lion, the Bear, and the FoxThe Swan and the GooseThe Town Mouse and the Country MouseThe Man Bitten by a DogThe Ass and His DriverThe Wolf and the SheepThe Horse and the WolfThe Game-cocks and the PartridgeThe Thirsty PigeonThe Eagle and the FoxThe Woman and Her HenThe Three Tradesmen