The Countryman and the Snake 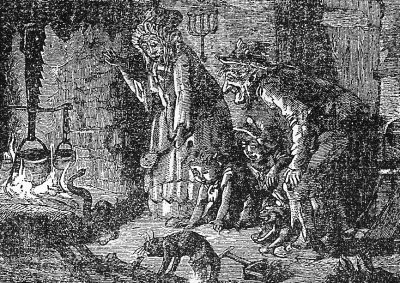 A VILLAGER found a Snake under a hedge, almost dead with cold. He could not help having compassion for the poor creature, so he brought it home, and laid it upon the hearth near the fire; but it had not lain there long, before (being revived with heat) it began to erect itself, and fly at his wife and children. The Countryman, hearing an outcry, and perceiving what the matter was, caught up a mattock, and soon dispatched him, upbraiding him at the same time in these words: Is this, vile wretch, the reward you make to him that saved your life?

Moral:
Kindness to the ungrateful and the vicious is thrown away.

The Mouse and the Boasting RatThe Lion and the BoarThe Farmer and the CranesThe Fowler and the RingdoveThe Mountain in LaborThe Old Man and the Three Young MenThe Ass and the WolfThe Bees, The Drones, And The WaspThe Oxen and the Axle-TreesThe Fox and the LeopardThe Tortoise and the EagleThe Cock and the JewelThe Wolf and the ShepherdThe Lion and the MouseThe Brazier and His DogThe Boy BathingThe Blind Man and the WhelpThe Fox Who Had Lost His TailThe Hare and the TortoiseThe Monkey and the Dolphin

The Countryman and the Snake - Aesop
Link To This Page