The Herdsman and the Lost Bull 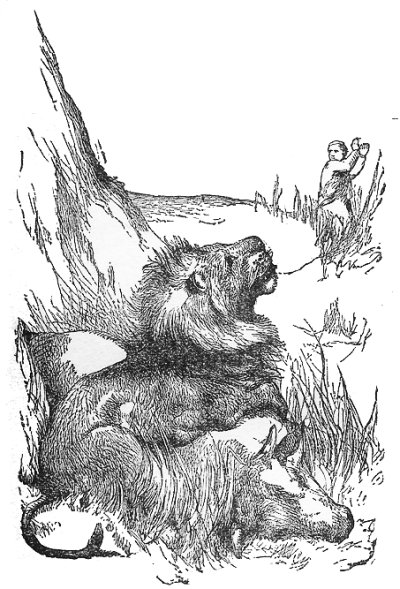 A HERDSMAN tending kine in a forest, lost a Bull-calf from the fold. After a long and fruitless search, he made a vow that, if he could only discover the thief who had stolen the Calf, he would offer a lamb in sacrifice the Guardian Deities of the forest.

Not long afterwards, as he ascended a small hillock, he saw at its foot a Lion feeding on the Calf. Terrified at the sight, he lifted his eyes and his hands to heaven, and said: Just now I vowed to offer a lamb to the Guardian Deities of the forest if I could only find out who had robbed me; but now that I have discovered the thief, I would willingly add a full-grown Bull to the Calf I have lost, and give them both to the guardians of the forest, if I may only secure my own escape from this terrible Lion in safety. 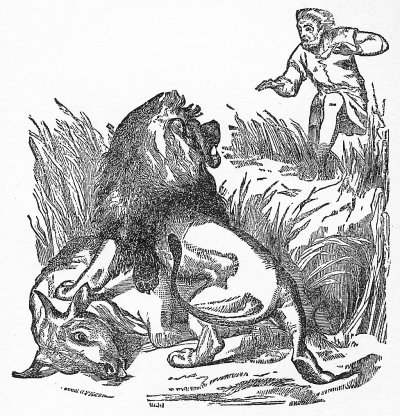 Moral:
That which we are anxious to find, we are sometimes even more anxious to escape from, when we have succeeded in finding it.