The Lion in Love 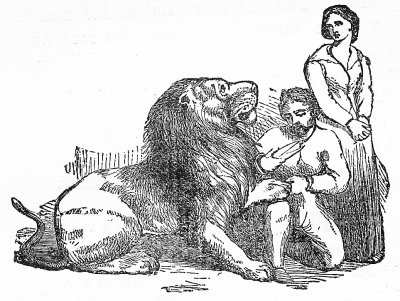 A LION demanded the daughter of a woodcutter in marriage. The Father, unwilling to grant and yet afraid to refuse his request, hit upon this expedient. He expressed his willingness to accept him as the suitor of his daughter on one condition: that he should allow him to extract his teeth, and cut off his claws. The Lion cheerfully assented to the proposal; When however, he next repeated request, the woodman set upon him with his club.