The Thief and His Mother 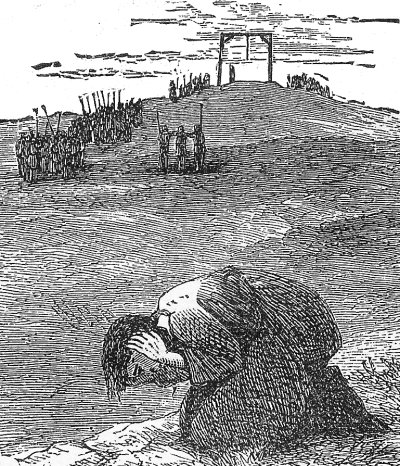 A SCHOOLBOY stole a horn-book from one of his schoolfellows and brought it home to his Mother. Instead of chastising him, she rather encouraged him in the deed. In the course of time, the boy, now grown into a man, began to steal things of greater value, until, at last, being caught in the very act, he was brought before a judge and sentenced to be hung. As he was being led to the scaffold, the mother bowed herself to the ground with grief. A neighbor seeing her thus, said to her: It is too late for you to moan and sob now. If you had been as much grieved when he committed his first theft, you would have corrected him in time, and thus saved youself this sorrowful day.

Moral:
Nip evil in the bud.

The Hare and the TortoiseThe Hare Afraid Of His EarsThe Mice in CouncilThe Goat and the AssThe Dog and the HareThe Horse and the StagThe Old HoundThe Thrush and the SwallowThe Fisherman PipingThe Bull and the CalfThe Widow and the SheepThe Two Soldiers and the RobberThe Camel And The TravelersThe Frogs Asking for a KingThe Boy and the NettlesThe Shepherd and the SeaThe Town Mouse and the Country MouseThe Trees and the AxeThe Old Man and DeathThe Ass, the Fox, and the Lion
Link To This Page