The Hawk, the Kite, and the Pigeons 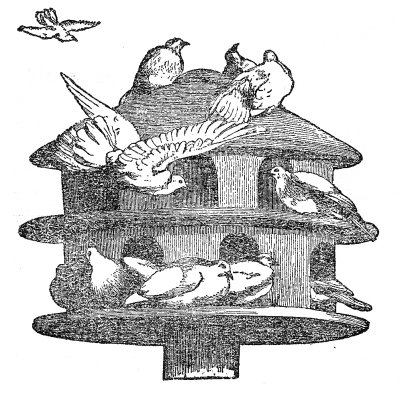 THE PIGEONS, terrified by the appearance of a Kite, called upon the Hawk to defend them. He at once consented. When they had admitted him into the cote, they found that he made more havoc and slew a larger number of them in a single day, than the Kite could possibly pounce upon in a whole year.

Moral:
Avoid a remedy that is worse than the disease.

The Fox and the LionThe Dog Whose Ears Were CroppedThe Horse and the StagThe Lark and Her Young OnesThe Kid and the Wolf (1)The Mules and the RobbersThe Leopard and the FoxThe Ass and His DriverThe ProphetThe Man Bitten by a DogThe Old Man and DeathThe Brazier and His DogThe Eagle and the KiteThe Great and the Little FishesThe Mouse, the Frog, and the HawkThe Swallow and the CrowThe Thrush and the SwallowThe Father and His SonsThe Dove and the AntThe Monkey and the Cat.
Link To This Page