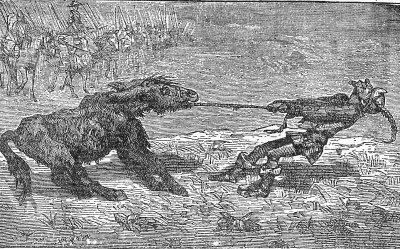 AN OLD FELLOW, in time of war, was allowing his Ass to feed in a green meadow, when he was alarmed by a sudden advance of the enemy. He tried every means in his power to urge the Ass to fly, but in vain. The enemy are upon us! said he. And what will the enemy do? asked the Ass. Will they put two pairs of panniers on my back, instead of one? - No, answered the Man; there is no fear of that. - Why then replied the Ass, I'll not stir an inch. I am born to be a slave; and my greatest enemy is he who gives me the most to carry.